RCMMS has been actively involved with various activities along with the district since many years now. We have undertaken following projects in the tribal villages and helmets of Valwande and Shahapur Taluka of Wada district of Maharashtra, India

RCMMS has constructed Check Dam over a Stream, This stream was dried for almost 10 months (i.e. Except for monsoon) of the year and villagers were deprived of water resources. Rain water following down the stream in monsoon is stored here for rest of the year. Construction of this Check Dam has enabled the villagers for continuous water supply for irrigation and washing purposes 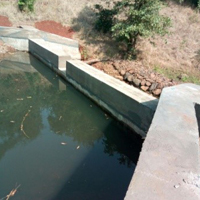 RCMMS has provided brand new cycles to School children in remote villages to help them reach faster to school. This has resulted in lesser drop outs 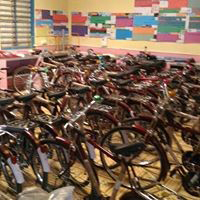 RCMMS runs an activity in many housing societies of Mulund Locality by collecting unused cycles, refurbishing it with our own funding. These Cycles are then donated to rural and tribal schools. 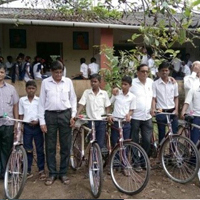 An Ashramshala in Shahpur was benefitted with a steam based cooking system for nearly 300 children staying there. With the help of this installation the ashramshala was able to save a lot of money by not using Gas cylinders. 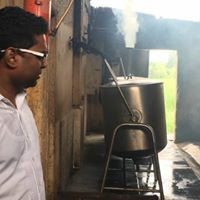 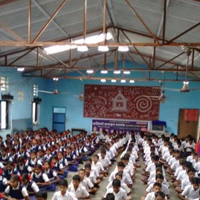 A mobile science Laboratory was established in Valwande area. This van, equipped with all educational science experiments was benefitted by nearly 25 tribal schools.

Under special focus from Swatch Bharat Abhiyaan and District 3141 initiative, RCMMS has helped built Toilet blocks in rural schools especially for girls. This has helped in retention in Girls dropping out of schools due to hygiene 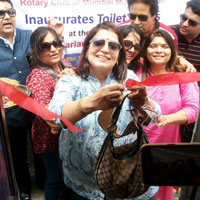